The Carnival of the Animals: 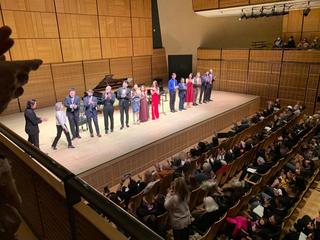 (1) Introduction and Lion's March
Our famous composer was down in the dumps.
His concerts were panned, and he'd taken some lumps.
He went out of town just to heal his wounds,
and cheered himself up writing animal tunes.
Enter The Lion King, feral and arch.
This savage beast commanded a march.
His Majesty threatened to pounce on a whim,
but instead the piano . . . just swallowed him.
"Funny, but frivolous," he said with dread.
"Do not perform this until I am dead."
He kept his Grand Fantasy off of the stage
for thirty-four years, 'til he died of old age.
In his Last Will, he proclaimed this decree:
Publish The Carnival and let it be.
So now let us welcome to Carnegie Hall,
his posthumous work, most beloved of all.

(2) Hens and Roosters
Some think this melody came from Rameau,
but with all the pecking, it's hard to know.
It sounds like a henhouse where life's in disorder,
but these chicks are ruled by a strict pecking order.
And although the rooster crows like a jerk,
we know it's the hen who does all the work.

(3) Wild Animals
Listen to the presto pace
as these wild creatures race
up and down the keys with ease
as though scales are a breeze—
if I played this, my hands would wheeze.

(4) Tortoises
Slow and steady wins the race,
perseverance is a grace.
How does the tortoise maintain his lead?
Listen to the Can Can at his speed.

(5) What's bigger than a piano
with a prominent derrière
yet moves around the dance floor
like a natural Fred Astaire?
The Elephant!

(6) Kangaroos
The lines of the score seem to jump, leap and drop
as kangaroos pop up, rebound and plop.
The music is French, the fables Aesop,
It's turn-of-the-century beastie hip-hop.

(7) Aquarium
The piano lines flow in a contrary motion
like opposite currents under the ocean.
There is no fast lane, you won't get the bends,
inside an aquarium, everything's Zen.

(8) Characters with Long Ears
Why did Saint-Saëns hide this music for years?
Who are the characters who have long ears?
Did the composer mean donkeys or asses—
or perhaps people whose ears were morasses?
A clue in the score is its incessant braying,
which mimics what some of his critics were saying.

(9) The Cuckoo Deep in the Woods
The pianist is setting a lyrical mood.
The cuckoo's a heckler whose nature is rude.
His tone-deaf staccato repeats like a bleep
until our pianist can lull him to sleep.

(10) Birds
The piano weighs in at a half ton or more,
but this movement calls for the big beast to soar.
Tickle the ivories, hammer the strings,
find the vibration that makes it grow wings.

(12) Fossils
Saint-Saëns was revered and had many apostles,
yet he spoofed himself in this gem about fossils.
How many jokes does this movement harbor?
Skeletons prance to his Danse Macabre,
and Mozart's Twinkle Twinkle and Rossini's Barber.
Musical bones seem to groan, clank and clink—
They're oldies-but-goodies, becoming extinct.

(13) When Saint-Saëns was still alive,
he let this cello movement thrive.
Beauty is its own reward,
rippling through each broken chord.
Franz Liszt heard it privately and he began to fawn
over the whole Carnival, especially The Swan.

(14) Finale
Saint-Saëns was a child prodigy
whose fame was at its apogee
when fears about his legacy
made him hide his Fantasy
but that's what lifted his esprit
to finish his Third Symphony.

Here's one moral of the story:
There are many paths to glory.
Tried-and-true? Exploratory?
Time decides what's laudatory.

Fulfill your own Grand Fantasy
whatever it turns out to be.
Make sure it's more than reverie—
To be is to do, and to do is to be!

You can download the complete text from the link below. 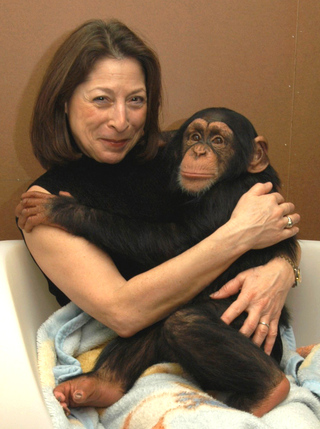 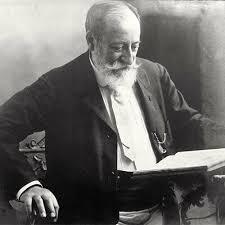